Researchers at Florida Polytechnic University’s Advanced Mobility Institute are beginning a new phase in their work on autonomous vehicle testing and verification. 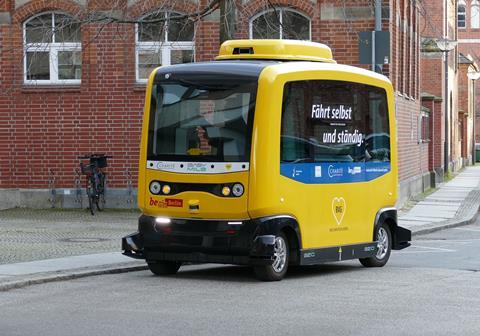 The research is shifting gears from software to hardware testing at a new simulation facility on campus, funded in part by a $350,000 grant from America’s National Science Foundation.

The centrepiece of the project – a tricked-out, autonomous sedan – recently arrived at the Florida Poly, fully equipped with sophisticated electronics. The vehicle has also been transformed into a drive-by-wire autonomous test car.

“Drive by wire means you can control the steering, acceleration, braking by electronic signals. If you put a computer in it, it becomes an autonomous vehicle test car.”

The autonomous car will eventually be put to work on Polytechnic Circle, the road encircling campus.

“Autonomous vehicles have computer systems that you can think of like a child – it needs time to mature, grow, and learn. Once it learns enough, we have to test it. We have to be able to trust that we can give it a driver’s license and it can drive safely.”

“We want to define what’s a safety measure for cars and then go after how to make conditions as dangerous as possible in a simulation platform. It’s cheaper and safer,” Alnaser said.

“CAVs will be used in the future to transfer people and goods, and we need to make sure this technology is ready and safe in advance,” said Sargolzaei. “This new facility at Florida Poly allows researchers to develop, implement, and test their algorithms in realistic and safe environments.”