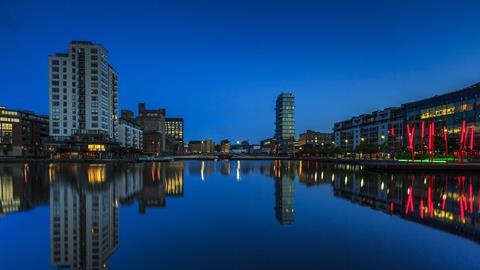 The Data Protection Commission (DPC) in Ireland reportedly asked the government for more staff, financing and a reorganised structure ahead of October’s Budget

“The reason for this request is driven by need, as opposed to any sense of self-aggrandisement on the part of the DPC,” the Irish Times quoted the agency as saying in its submission document, which was not released publicly at the time.

The commission felt “acutely strained” as it dealt with cases involving giant multi-national tech companies and an increasing number of complaints from the public.

The role of de facto regulator for Europe has been thrust upon Ireland because many multi-national companies are based in the country, the DPC contended, adding: “Regardless of whether Ireland’s regulatory importance is considered a benefit or not, the fact remains that it is a reality.”

The commission said it faced an uphill battle as it investigated big technology firms which have access to “disproportionate resources” to fight their corner, while the commission is now frequently accused of lengthy delays in investigations because it was limited in the number of inquiries it could progress at any one time.

In the submission, released under Freedom of Information legislation, the DPC also argued a well-resourced regulator was now a national and immediate imperative because its ability to operate effectively was affecting Ireland’s credibility on the world stage as the country’s international reputation was frequently attacked because of perceived weaknesses in the agency.

“Ireland’s support of its regulator has frequently – and unfairly – been cited as evidence of an overall laxity and linked to a national approach to attracting foreign investment,” the DPC said in its submission.

In addition, the increased workload brought about by Brexit created a new exposure to reputational risk as the commission would have to deal with data sharing between Ireland and the UK, the DPC warned.

In a statement, the agency said it welcomed the increased funding in last year’s budget. “[We are] at the frontline of EU data protection regulations and the increased funding provided … in what are very difficult economic times, is vital for the DPC to continue to build its capacity as an internationally respected and effective supervisory authority.

“We very much welcome the fact that the government has listened and understood the need to adequately resource regulation in this area.”