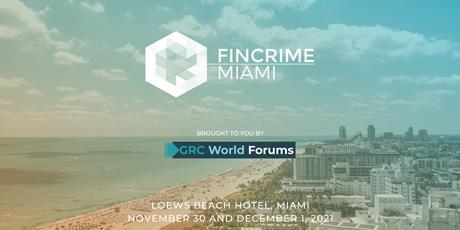 FinCrime Miami will take place on November 30 and December 1 at the Loews Miami Beach Hotel.

FinCrime Miami will address issues and challenges unique to the region, as well as addressing global issues that affect organisations wherever they are based.

FinCrime Miami will feature over 50+ expert speakers, who will participate in presentations, panel discussions and debates, delivering unique insights and actionable content to ensure attendees leave with valuable strategies and roadmaps.

The forum will adapt to the new-normal and will introduce new key features to support delegate safety and also maximise delegate and sponsor engagement times.

FinCrime Miami has limited sponsor opportunities with only 20 available.

GET INVOLVED IN FINCRIME MIAMI TODAY

Why Florida is the perfect location for FinCrime Miami?

Miami’s geographic location on the coast and near Latin America, its large airport, and being home to Florida International University and University of Miami are part of what makes it a good place to do business

Ken Moelis, the CEO of investment bank Moelis who has also relocated in a recent Bloomberg report explained why so many companied are moving to Florida. “We’re a talent business. I want to attract, motivate and retain the greatest talent in the world. If that talent wants to do it in Florida, that’s were we will support them.”

A recent survey of Wall St Banks showed at least 20% are relocating workers.

Why the time is so right for FinCrime Miami - the year of the most consequential AML efforts in recent history.

The first 100 days of the new US Administration are upon us, and saw the enactment of the Anti Money Laundering Act – the first major piece of AML legislation passed since 2004.

Experts call the US renewed dedication to cleaning up dirty money one of the most consequential AML efforts in recent history. This has lead to a string of new initiatives.

Key changes include enhancements to the system for filing suspicious activity reports (SARs), whistle blower protections and rewards, new reporting requirements for banks and financial institutions, and of course, the increased penalties for organisations that fall afoul of the legislation.

What FinCrime Miami will achieve for vendors

Because money laundering is a global, cross-border phenomenon, the US alone cannot stamp it out; what happens there sets a precedent for the rest of the world, who themselves are increasingly scrutinising AML systems. Technology creators and developers are best poised to help regulators understand the specifics of how AML technology actually works in order to establish robust and inclusive guidelines around its detection. FinCrime Miami will give vendors the opportunity to inform and enlighten.

Who will attend FinCrime Miami? 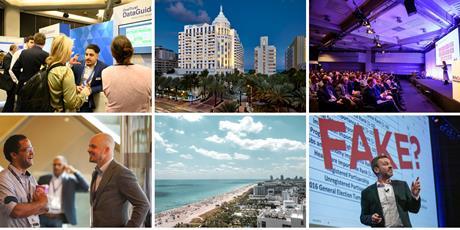 Attendees from the following states: 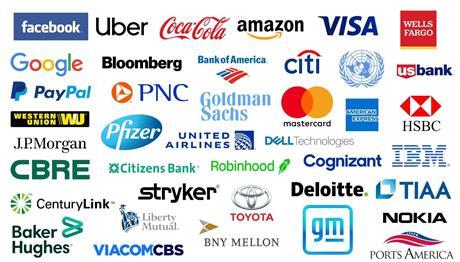 GET IN TOUCH TODAY TO MEET SENIOR DECISION MAKERS

OUR PREVIOUS SPEAKERS INCLUDE 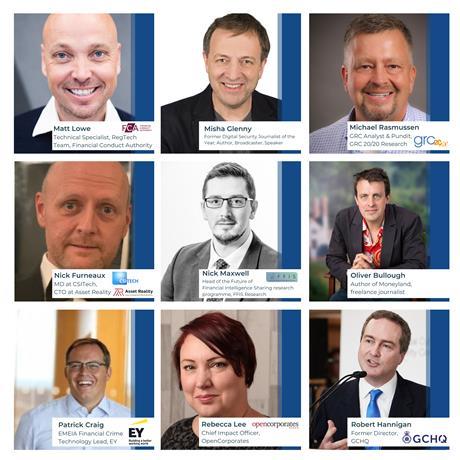 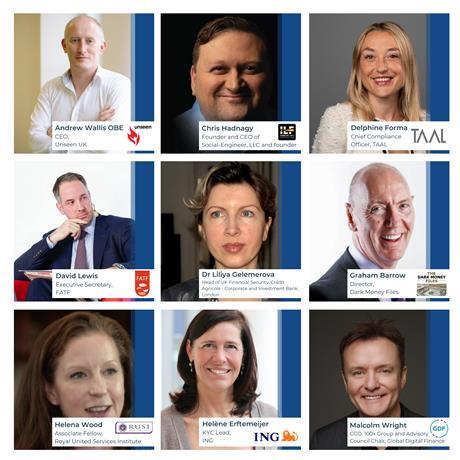 APPLY TO BE A SPEAKER AT FINCRIME MIAMI