The tenth episode of GRC TV will cover how to succeed as a security leader and top security considerations in a Digital Nomad Era, join us on 27th July 4pm-6pm (BST).

16:00-16:30
The latest governance, risk and compliance news from around the world

Panel Discussion: The Role of the CISO: How to Succeed as a Security Leader

Scott joins Joe for a 30-minute fireside chat, as they discuss the top security considerations in the digital nomad era. During the conversation they will cover: 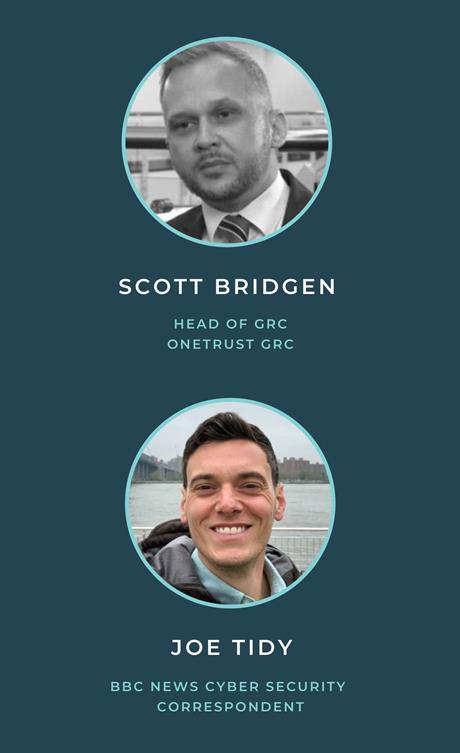 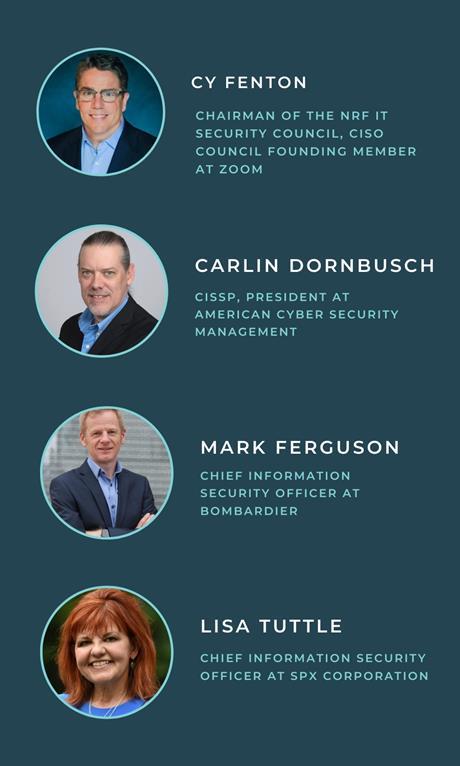 Panel Discussion: The Role of the CISO: How to Succeed as a Security Leader

The latest news from around the globe

Join Joe Tidy, our GRCTV host, and Cybersecurity Correspondent for BBC News, as he delivers your weekly news on all things governance, risk and compliance.

Joe will (virtually) travel around the world, providing commentary on the weeks biggest stories. 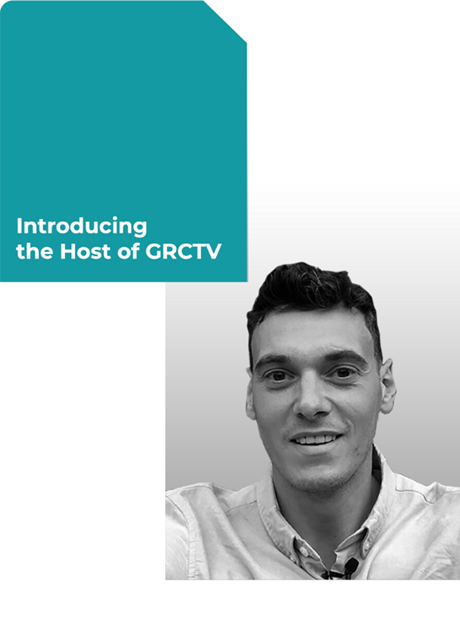 OneTrust GRC enables risk, compliance and audit professionals to identify, measure, and remediate risk across their business to comply with internal rules and external regulations. With OneTrust GRC, companies can seamlessly integrate risk management into their day to day activities.

In 2020, OneTrust was named the #1 fastest growing company on the Inc. 500. OneTrust is also one of Fast Company’s 2019 World’s Most Innovative Companies and is led by our CEO Kabir Barday, a 2019 EY Entrepreneur of the Year in the United States. OneTrust has raised a total of $920 million in funding at a $5.3 billion valuation from Insight Partners, Coatue, TCV, SoftBank Vision Fund 2, and Franklin Templeton.

To learn more, visit OneTrustGRC.com or connect on  LinkedIn.